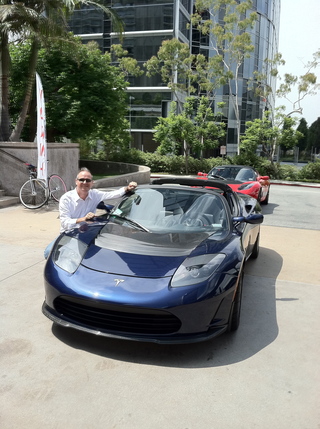 Nicolas Kublicki (Koo-Blitz-Key) was born in Los Angeles of a French mother and a Polish father, both World War II survivors (in 1998, Israel's Yad Vashem Foundation awarded his father the Righteous Gentile Medal for hiding a Jewish woman during the Nazi occupation of Poland in World War II).

Nick graduated from the Lycée Français de Los Angeles and obtained a BA in International Relations from UCLA. He worked on foreign policy and national security affairs on Capitol Hill for two years before obtaining a JD from Pepperdine University School of Law and an LLM in Environmental Law from George Washington University Law School. He is admitted to the Bars of California, the District of Columbia, and the United States Supreme Court.

After serving with the U.S. Department of Justice in Washington, D.C., Nick returned to LA to practice real estate and environmental law. He is currently president of Kublicki Properties, a real estate investment company. Nick is a licensed California real estate broker and teaches Real Estate Transactions as an adjunct professor at Pepperdine University School of Law.

Nick's love of writing began at an early age. "I fell in love with writing stories as a kid during summer vacations, when my friends were swimming or hiking," he explains. He admits to regularly cutting English classes at UCLA to write short stories in the library.

While searching for his first law job, he was watching a television documentary about the history of the diamond trade on PBS and thought: "I have to write a novel about this." He was instantly hooked and started researching and writing The Diamond Conspiracy. Yet wanting to become a novelist and actually becoming one was not that simple, he soon realized. Working long, demanding hours as a lawyer required him to write in his spare time. It took him nine long years to complete and edit The Diamond Conspiracy, which received rave reviews from trade reviewers and fellow authors. It took another eight years to write and edit The Tesla Formula.

Since then, The Diamond Conspiracy has been translated and published in German as Das Monopol, in Portuguese as Conspiração Diamante, and in Thai as ตัดเหลี่ยมเพชร,. Nick is a member of several community boards as well as the Authors Guild, the International Thriller Writers association, and Mystery Writers of America. He is hard at work on his third thriller novel.

An avid traveler and adventurer at heart, Nick has had the privilege of visiting over 30 countries, including scuba diving with sharks in the South Pacific, pirogueing on the tributaries of the Amazon River in Brazil, camping among the eternal snows of the French Alps, riding a camel along the Nile in Egypt, climbing the Mayan pyramids in the Yucatan jungle of Mexico, and sailing an outboard among the glaciers of Greenland.
In his spare a time (a rare occurrence since he is married with two young daughters), he enjoys walking, scuba diving, history, reading, and movies. Like his protagonist Patrick Carlton, he is an avid admirer of vintage automobiles, a fan of Frank Sinatra (who happened to be his neighbor when he was a young child) and a devoted cigar aficionado.

Nick is thankful to Divine Providence, his family, friends, students, and agent for their inestimable support and guidance. He is especially thankful to his readers.

He would love to hear from you, so don't be shy--send him an email.

The Diamond Conspiracy
A global diamond monopoly will do anything to survive.